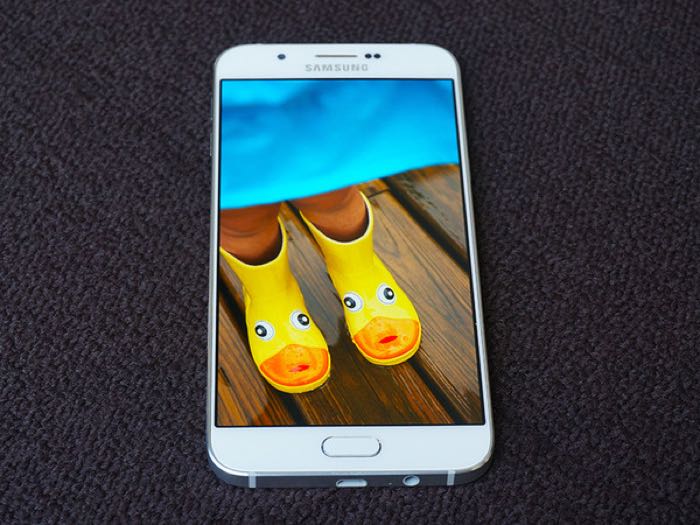 Yesterday we heard that the Samsung Galaxy A8 would be launching in China next week on the 17th of July and now the handset has been spotted in India’s Zauba.

The Samsung Galaxy A8 will come with a 5.7 inch Super AMOLED display with a Full HD resolution of 1920 x 1080 pixels, the device will be powered by an octa core 64-bit Snapdragon 615 processor from Qualcomm.

Other specifications on the handset include 2GB of RAM and 16GB of built in storage, there is also a microSD card slot for expansion.

The handset will come with Android Lollipop and will be available in a range of colors which include, white black and gold. As yet there are no details on when the device will launch outside of China, as soon as we get some more details, we will let you guys know.