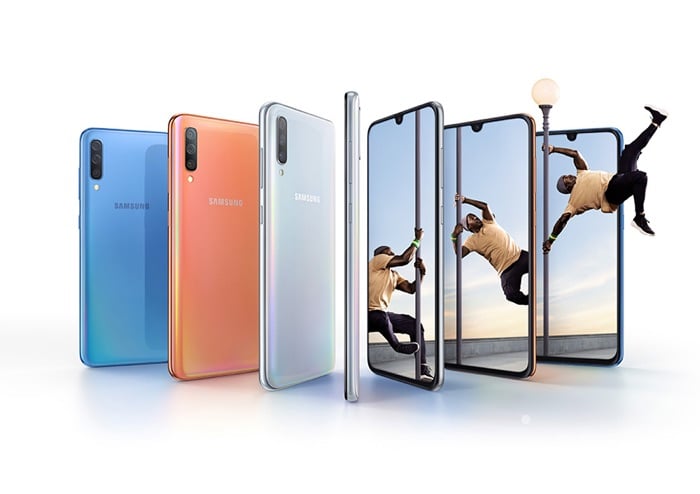 We have heard lots of rumors about the new Samsung Galaxy A70 smartphone, Samsung has now made the handset official.

The new Galaxy A70 comes with a 6.7 inch Super AMOLED display that features a Full HD+ resolution of 2400 x 1080 pixels. The handset is powered by an octa core processor.

“Today’s consumers are using their phones in a more visually active and authentic way – sharing their experiences and staying connected longer,” said DJ Koh, President and CEO of IT & Mobile Communications Division at Samsung Electronics. “These connections can only thrive when the most essential features allow people to enhance interactions through spontaneous, collaborative, and genuine connection. This requires an evolution. Which is why, to meet the needs of this emerging generation, we created the new Galaxy A70 – designed for the way people are connecting now.”

You can choose from 6GB or 8GB of RAM and it comes with 128GB of storage, plus a microSD card slot which will take up to a 512GB card, there is also a dual SIM card slot and a 4,500 mAh battery with Super Fast Charging.

The Samsung Galaxy A70 will be launched in a number of countries on the 10th of April, as yet Samsung has not revealed any pricing.