It looks like Samsung is getting ready to launch their new Samsung Galaxy A10 smartphone, the handset has now been spotted on Geekbench.

The Samsung Galaxy A10 is listed on Geekbench with the model number SM-A105F and you can see the benchmark for the handset below. 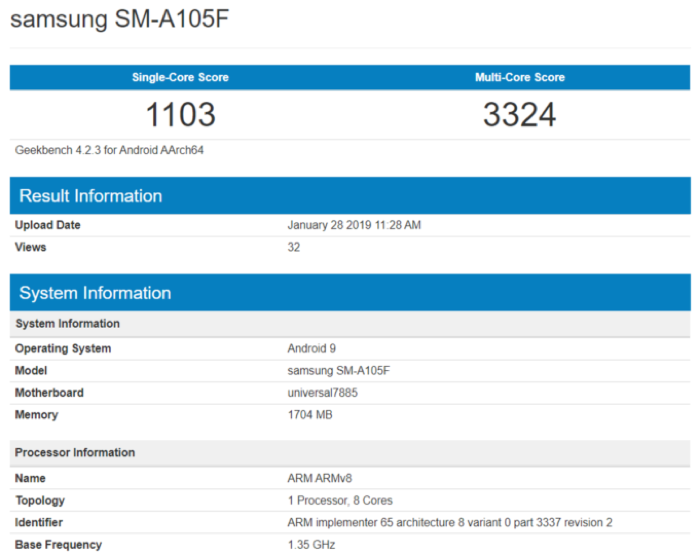 The new Galaxy A10 smartphone is listed in the benchmarks with the Samsung Exynos 7885 processor, the device is also listed with 2GB of RAM and it will come with Android 9.0 Pie.

This will be the entry level smartphone in the range, we are also expecting Samsung to launch a Galaxy A20, A30, A40, A50, A70 and A90 smartphones.

It is not clear as yet on when this new Galaxy A range of handsets will launch, they could possibly launch at Mobile World Congress next month. MWC 2019 takes place in Barcelona between the 25th and 28th of February.