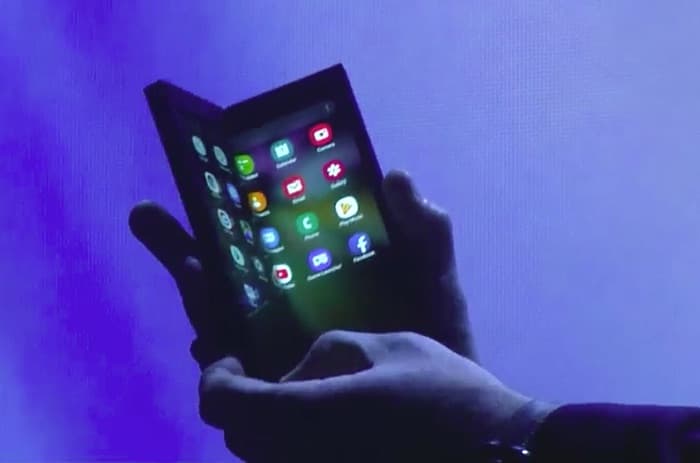 The Samsung Foldable Smartphone, which may launch as the Samsung Galaxy F could possibly be exclusive to mobile carrier EE in the UK.

The handset was made official at Samsung Developer Conference earlier this month and it will be fully revealed some time next year, we are expecting to see it appear at Mobile World Congress 2019 next February.

A recent rumor has suggested that the handset will be the first Samsung device to come with Bixby 3.0, as yet there are no details on what processor and RAM it will feature. We should have more details about Samsung’s new flagship foldable smartphone when it is made official next year.