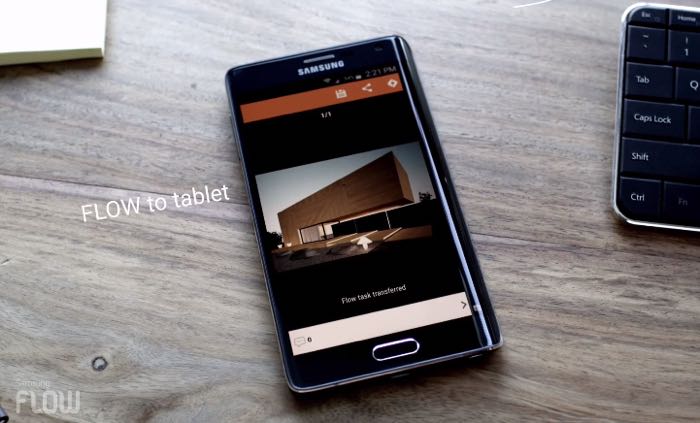 Samsung announced their Samsung Flow back in November of last year, the software works in a similar way to Apple’s Continuity and it has now landed on the US Google Play Store.

Samsung Flow is currently in Beta and it will only work with certain Samsung Galaxy Devices, have a look at the video of the software below.

Samsung Flow is a platform that allows applications to seamlessly transition your activities across devices and time. Using Flow, you can:
• Transfer an activity to the right device for a task. Pick up right where you left off rather than starting from scratch on the new device.
• Defer an activity when the right device is not immediately at hand or there just isn’t enough time to finish up a task. Resume it when you’re ready.