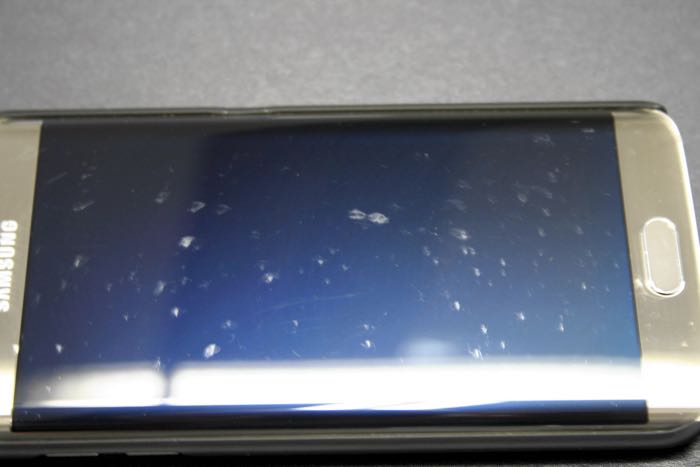 With the recently release of the Samsung Galaxy S6 and S6 Edge smartphones, Samsung also released a number of accessories for the handsets, one of those was the Clear View case.

According to a number of reports from people who have used the Clear View case with the Galaxy S6 handset, the case is causing scratches on the display of the device.

There are multiple reports of this issue over at the XDA Developers forum, one user, galijanach, had the following to say about the issue.

I have a 2 week old S6 Edge which i fitted the Samsung Clear View case from day one (Phone was purchased from Carphonewarehouse on the 29th April). The screen is now full of scratches since and is bloody annoying the hell out of me. I have contacted Samsung UK and awaiting reply.
I strongly recommend avoiding this case at all costs.

As yet there is no official word from Samsung on what might be causing the problem, if you have a Galaxy S6 with the Clear View case and have had similar issues, leave a comment and let us know.