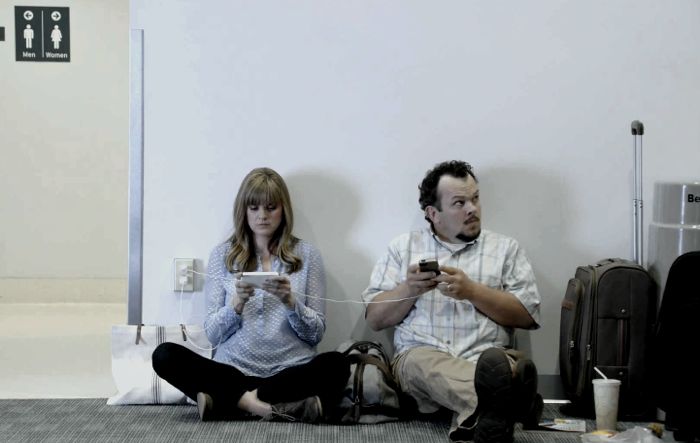 Samsung is back to its old tricks in an attempt to boost sales of its new Galaxy S5 smartphone. The company has released a new video where it is calling iPhone users ‘Wall Huggers’.

Samsung is basically saying that iPhone users need to plug their smartphones in regularly if you want to use them, and claiming that the battery life is better on the Galaxy S5, have a look at the video below.

The Samsung Galaxy S5 does come with good battery life, but if I was Samsung I would be paying more attention to the likes of the HTC One M8 and the new LG G3 than taking a poke at last years iPhone, as these two devices are becoming popular.

Apple will be releasing their new iPhone 6 later this year, and no doubt Samsung will have some more of these adverts, poking fun at the new iPhone when it is released.

Samsung’s marketing strategy has worked well for the company in the past, although we would say that Samsung has a little more to worry about now than just Apple, both the LG G3 and the HTC One M8 are serious competitors for the Galaxy S5.