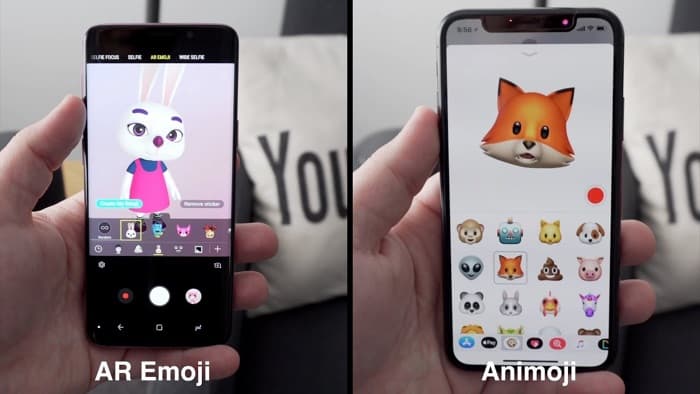 Apple’s iPhone X comes with its Animoji feature and Samsung is also launching a similar feature on their new Samsung Galaxy S9 and Galaxy S9 Plus smartphones.

The guys from MacRumors have put together a video comparing Samsung’s AR Emoji from the S9 and S9 Plus side by side with Apple’s Animoji.

As we can see from the video, whilst both systems have a similar idea behind them, each one comes with different features and Samsung’s offering lets you create your own characters. So you can basically created an AR Emoji which looks like you.

Apple’s offering appears to be slightly more accurate with facial expressions and facial data, although what you can do with it is more limited than what Samsung’s offers with their AE Emoji. Samsung are launching their new flagship Galaxy S9 and S9 Plus smartphones this Friday, the handsets are expected to be Samsung’s most popular devices to date.

Both Apple’s iPhone X and The Samsung Galaxy S9 are the top end handsets you can buy at the moment. The two companies continue to dominate the market and whichever one you buy you cant really go wrong as they are both excellent devices, it all boils down to which one you prefer.