While Nokia struggles to compete in the high-end smartphone market, the company has owned the low-end market for cheap mobile phones for a long time. Samsung has decided to offer Nokia’s competition in the cheap mobile phone market for emerging markets with the new line called Rex. The phones will be cheap and sell for under $150. 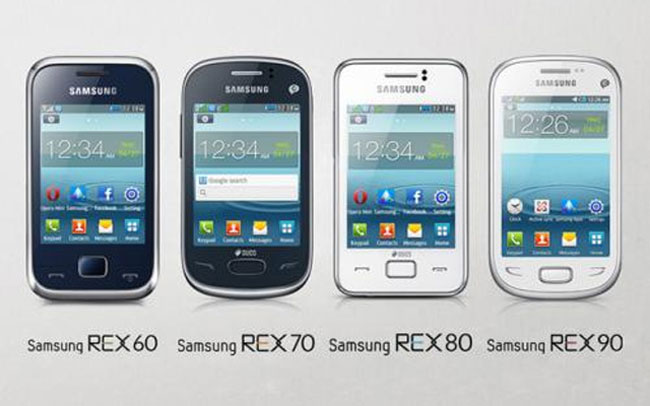 Samsung wants Rex devices to bridge the gap between feature phones and smartphones. Samsung describes the devices as “a new series a smart feature phones.” The series will include four devices called the Rex 90, 80, 70, and 60. The first three of those devices will have capacitive touchscreens and the 60 will be using a resistive touchscreen .

All devices will support dual-SIM cards and run a Java-based operating system with the Samsung TouchWiz user-interface. Phones are expected to cost between $50 and $100 each and directly compete against the Nokia Asha line.