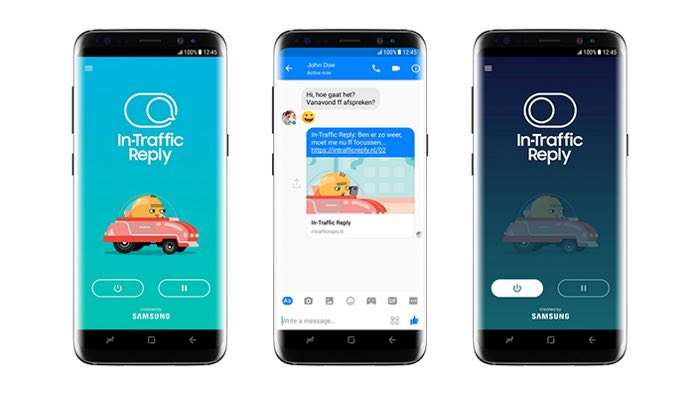 Samsung has announced the launch of a new app called In Traffic Reply that is designed to stop people from getting distracted when you are driving.

The new In Traffic Reply app will automatically reply to phone calls and text messages when you are driving.

The In-Traffic Reply app reduces this pressure by sending automated responses to calls and messages while the owner of the phone is on the road. The app will automatically activate when it detects the user is riding a bike or driving a car through the smartphone’s sensors such as its GPS. Users can choose to send the default reply (“I’m driving, so I cannot answer at the moment.”), a fun, animated response, or their own customized pre-set message.

In-Traffic Reply is currently in beta, and has already attracted the attention of hundreds of interested users. The full version of the app will launch in mid May and will be available in the Google Play Store.

You can find out more details about the new Samsung In Traffic Reply app over at Samsung at the link below.