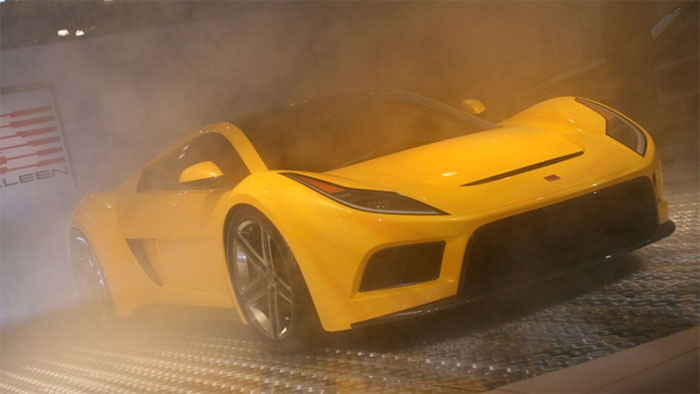 Saleen made hopped up Ford Mustangs for years and the cars were some of the most popular aftermarket customs in the Mustang world. The company later branched out into making its own sports cars and those rides included the Saleen S7 and the S5S Raptor. With Saleen as it was when the S7 was in production no more the auction is being held by GA Global Partners.

The auction isn’t for finished cars mind you; this auction is for all the rights to make the Saleen S7 and the S5S Raptor cars. The auction includes rights for everything having to do with the two cars with all assets and intellectually property included. The auction does include remaining parts, inventory, memorabilia, molds, designs, and IP.

The sale includes the six remaining chassis for the S7 and S7R cars. GA Global Partners is clear that the buyer isn’t buying these goods from Saleen Automotive, the collection doesn’t include the name or trademarks. The S5S Raptor was originally unveiled in 2008 and was supposed to sell for around $185,000, but never made it to production. It would have used a 5.0L V8 making 650hp and 630 lb-ft of torque mated to a -speed manual.