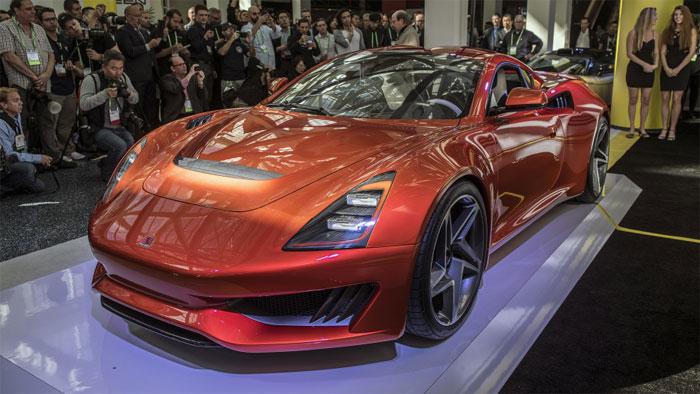 The Saleen 1 sports car has been unveiled at the LA Auto show and it looks very cool. The car is small and lithe and has a 2.5L four-banger under the hood. The car is said to be about the size of a Porsche Cayman, so very small.

Power comes from a 2.5L turbo four making 450hp and 350 lb-ft of torque. That engine is a completely Saleen built unit. The car has a standard 6-speed manual and a paddle shift auto will be optional.

Saleen promises it will run from 0-60 mph in 3.5 seconds. That is really all the detail out there on the car right now. The one seen here is a concept version, but it was said to be well put together. We look forward to learning more about the car in the future.