It’s true. German-designed and Chinese-built, the S-Walker is being showcased in the China booth at IFA 2011. Its biggest pull is price, selling for an estimated $3,000.  By the looks of it, it’s also lightweight and a total no-brainer to drive. It would be cool though if it could be outfitted with a few bins so that it’s capable of small cargo.  Could it be hacked for increased performance? Let’s find out. 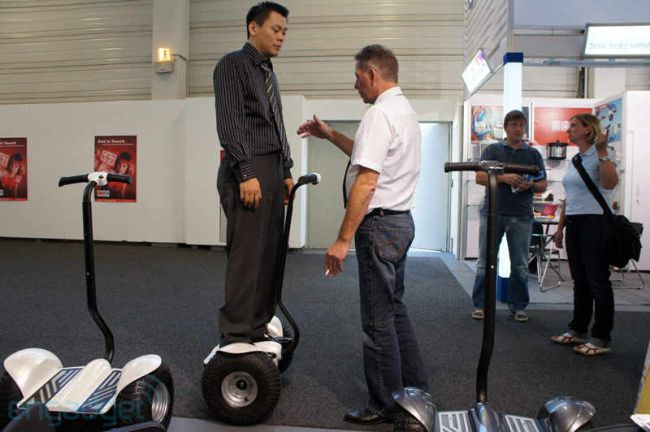 The S-Walker seen above (have no idea why they called it that) is actually just a prototype that a lucky journo got to field test in a spacious conference hall. At the moment, it’s capable of 10km per hour. The full production version that will be sold to large companies with such mobile needs might manage thrice that top speed, however.

It’s designed along the lines of a Segway and operates via a long handlebar. If you’re waiting for where to get one, unfortunately the S-Walker is a battery-powered vehicle that won’t be available soon to us mere consumers.