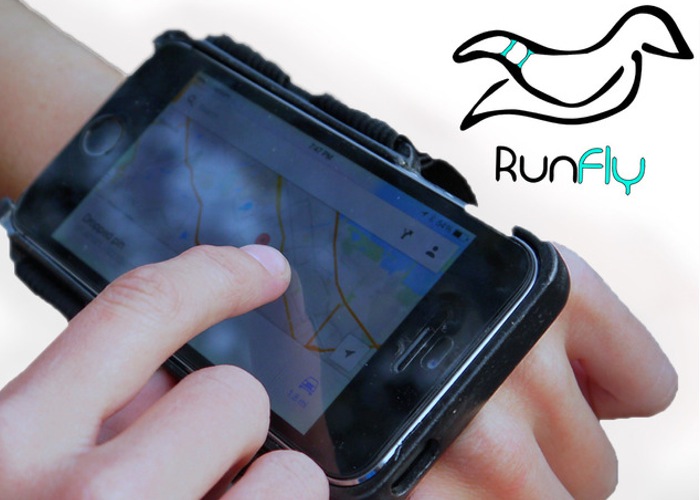 Runners that would like a smartphone case they could use to easily access their mobile device whilst training might be interested in the new RunFly case which has been designed by three senior Product Design students from Stanford University.

The RunFly smartphone case has been created to make runners feel safe, secure, and connected by allowing them to carry their smartphone with them where ever they might be running

The RunFly project is currently over on the Kickstarter crowd funding website looking to raise enough pledges to make the jump from concept to production. RunFly’s creators Brian, Catherine, and Halsey explain a little more about their creation:

“The RunFly band is a useful and valuable solution for runners who need to carry their phone while exercising, whether for necessity or convenience. It avoids the discomfort of carrying a phone in one’s hand or being disconnected from the world for an extended period of time, which might be disconcerting, or even dangerous, for some people.”

So if you think the RunFly smartphone case is something you could benefit from during your runs, visit the Kickstarter website now to make a pledge and help the RunFly become a reality.