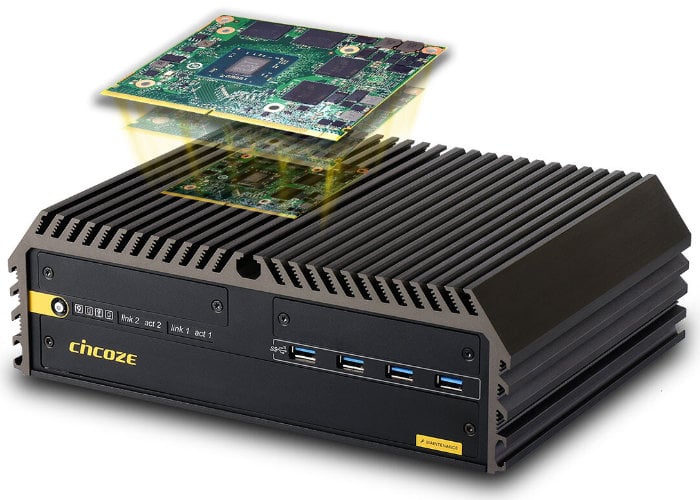 Cincoze has unveiled a new compact rugged GPU computer system and the formal the GM-1000which can be configured with a range of 8th and 9th generation Intel processors, including Xeon and Core i up to 8 cores in a footprint measuring just 260 mm x 200 mm x 85 mm. 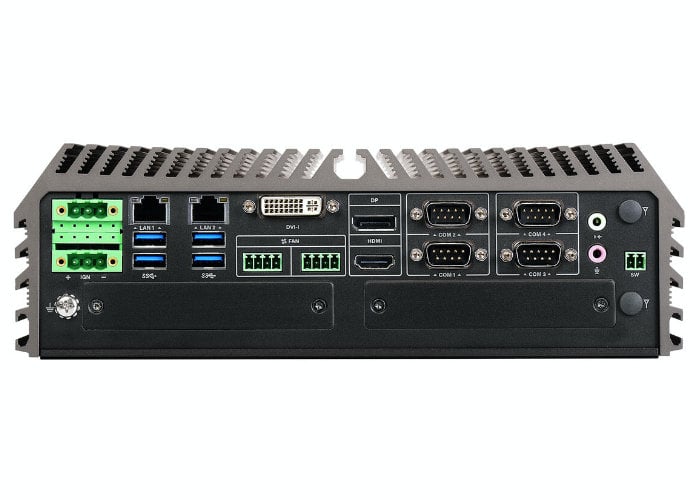 “GM-1000 is designed with a power budget up to 360 W which provides sufficient power for CPU and GPU to operate simultaneously. Additional GPU computing acceleration is realized through MXM 3.1 Type A/B expansion slot, which allows it to expand with an embedded GPU module from various manufacturers up to 160 W. To handle tremendous heat, which is generated from high computing power, the system adopts a unique thermal design including independent cooling systems for CPU and GPU, copper heat pipes and a special aluminium extrusion case. An optional external fan kit with 4x individual fans is also available to create an active airflow.”