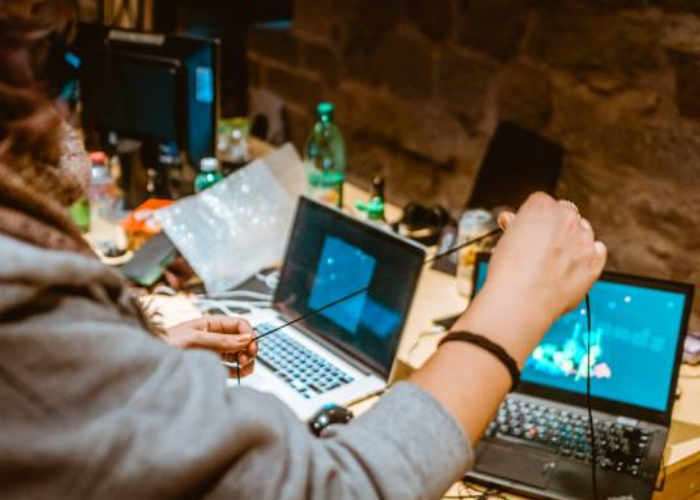 Robin Baumgarten has created a new experimental game which is controlled using a conductive rubber band which are available to purchase from the likes of Adafruit, which has been connected to a Arduino Micro/Leonardo or a Teensy 3.2.

The Arduino development board provides USB connectivity for the conductive rubber band and measures the resistance as the band is stretched providing a very unique way to control elements within the game on screen.

Watch the video below to learn more about the prototype RubberArms game and its unique controller, both of which will be on display at an event in London during April 2017. More details about the event will be published nearer the time and will be available from the developer’s website which explains more about the inspiration and construction of the rubber band controller

RubberArms is an interactive experience featuring a conductive rubber band as main controls, created at the Global Game Jam 2017 in Yverdon-les-Bains, Switzerland. The controller uses a conductive rubber cord (available on Adafruit) which changes resistance when stretched. It is very easy to measure that using an Arduino, from where it can be forwarded to a PC. In this example, I’m using a Joystick controller to send the data to a Unity3D project.

The game is a simple prototype so far, where you control the distance of two characters with the rubber band controller. Their arms stretch when you stretch the rubber band, and catches little characters (‘Bleps’) falling from above. You can help them feed on purple food blobs, if you’d like, which makes them happy.