A new electric engine has been created called Rubbee which has been designed to transform any road bike into an electric powered bike in a matter of seconds.

The Rubbee has been designed in the UK and the revolutionary electric drive which can be mounted on any bicycle in just a few seconds. Watch the video after the jump to learn more about the Rubbee project and see it in action. 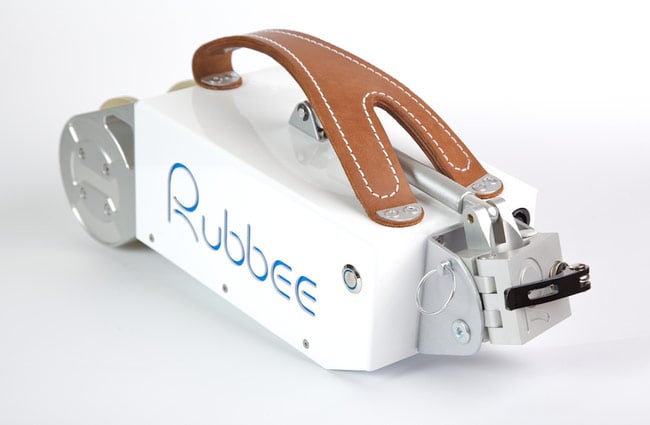 “Rubbee is a high-efficiency electric friction drive for bicycles. It changes the way regular bicycles used to be converted into electric ones. With an integrated clamp mechanism it can be mounted on bicycles in just a few seconds and the innovative drive motor with an integrated battery pack keeps You going without having to pedal for more than 15 miles ! “