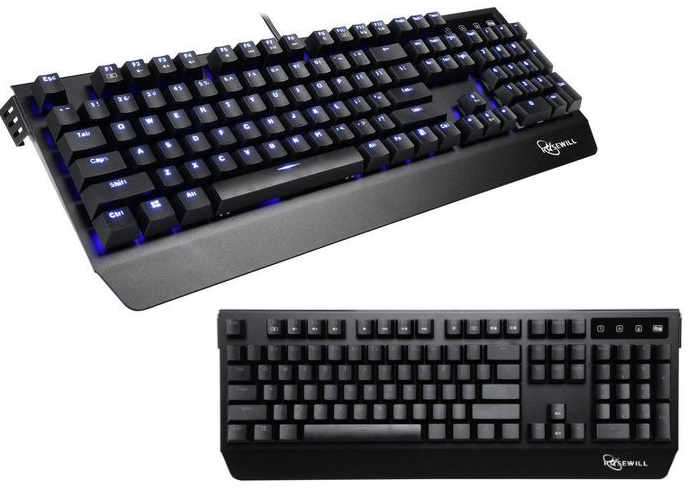 The difference between the two keyboards is the choice of either Cherry MX Blue or Brown switches depending on your preference. The two versions of the RK-9300 list for $99, but both are available for $85 on Amazon offering both Blue switches and Brown switches as well as NewEgg.

The RK-9300 has a more subdued look than most other recent mechanical keyboards we’ve seen, and sheds full RGB lighting for a more professional look, as well as additional cost-savings for the customer. However, that isn’t to say it doesn’t sport some sort of lighting: it features blue LEDs, with three lighting modes available (full keyboard, with a breathing mode and four variable levels of brightness; numerical pad only; WASD and arrow keys only).

The keyboard features an all-black design, with an aluminum top panel that extends out and down at a slight angle. The upper right side of the keyboard features the usual notification lights, and the F keys double as media and volume controls, including brightness, Windows lock, and more.