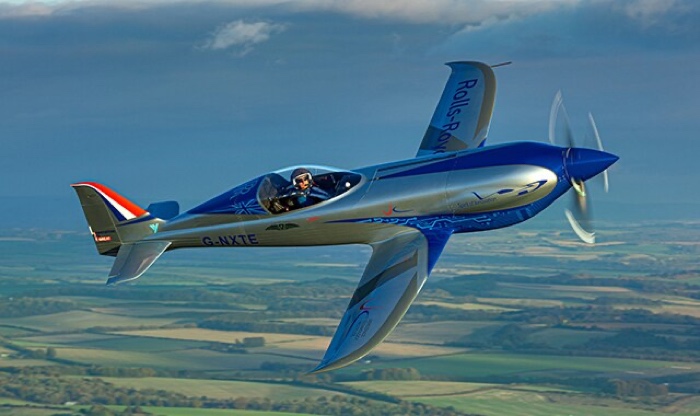 Rolls Royce has announced that their Spirit of Innovation aircraft is the world’s fastest electric vehicle, the aircraft managed to reach a top speed of 555.9 km/h or 345.4 miles per hour over 3 kilometres.

During the run, it also clocked a top speed of 623 kn/h which is 387.4 miles per hour, according to Rolls Royce this makes the aircraft the world’s fastest EV.

We believe our all-electric ‘Spirit of Innovation’ aircraft is the world’s fastest all-electric aircraft, setting three new world records. We have submitted data to the Fédération Aéronautique Internationale (FAI) – the World Air Sports Federation who control and certify world aeronautical and astronautical records – that at 15:45 (GMT) on 16 November 2021, the aircraft reached a top speed of 555.9 km/h (345.4 mph) over 3 kilometres, smashing the existing record by 213.04 km/h (132mph). In further runs at the UK Ministry of Defence’s Boscombe Down experimental aircraft testing site, the aircraft achieved 532.1km/h (330 mph) over 15 kilometres – 292.8km/h (182mph) faster than the previous record – and broke the fastest time to climb to 3000 metres by 60 seconds with a time of 202 seconds, according to our data. We hope that the FAI will certify and officially confirm the achievements of the team in the near future.

During its record-breaking runs, the aircraft clocked up a maximum speed of 623 km/h (387.4 mph) which we believe makes the ‘Spirit of Innovation’ the world’s fastest all-electric vehicle.

You can find out more details about the Rolls Royce electric aircraft over at their website at the link below.