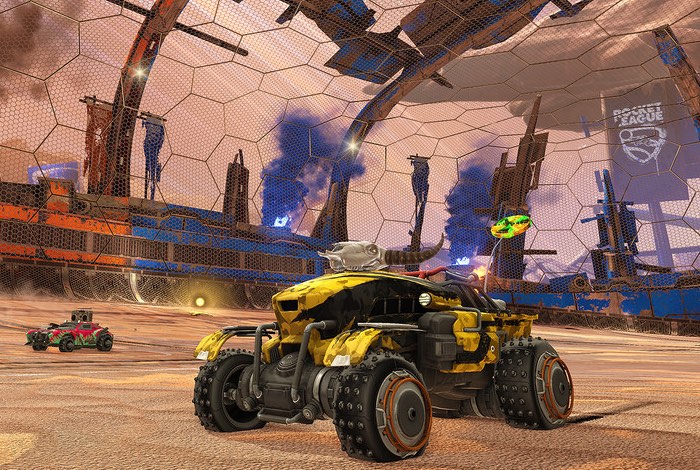 Rocket League players looking forward to the arrival of the highly anticipated DLC, Chaos Run. Will be pleased to know that a new trailer has been released this week providing a glimpse at what you can expect when the Chaos Run DLC arrives next month in December 2015.

Jeremy Dunham Vice President of Marketing at PsyonixHas taken to the PlayStation blog to reveal more about the details that you can expect to enjoy including a shoes wealth of ‘badass goodies inspired by the end of all civilized things’.

The Rocket League Chaos Run DLC will be priced at $3.99 and will be available to purchase and download sometime in early in December. Bringing with it a free new arena called Wasteland. Badass goodies include :

Jump over to the PlayStation blog for more details and more new screenshots.