The latest release of  the ongoing Rock Band franchise, Rock Band 3 is again trying to revolutionise the music genre. The recently released Rock Band : Green Day demo on the Xbox included a sneak teaser image for the up and coming Rock Band 3. As you can see in the below image a new instrument is making a debut. 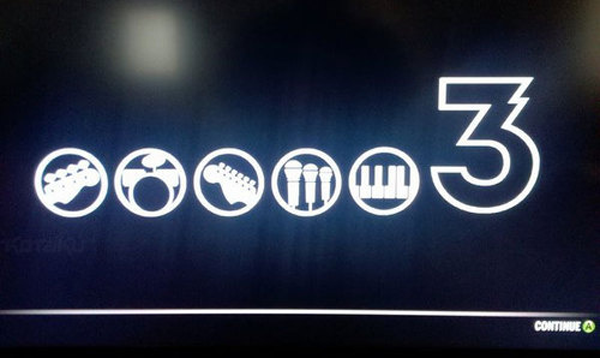 Included with the icons for a bass, drum , guitar, vocals is a keyboard icon that could indicate  keyboards will be playing a major role in the new Rock Band 3 release. Not every great band has a keyboard player but being able tap out some old classics via keyboard will definitely add a new twist.

Rock Band 3 will be published by MTV Games and distributed by Electronic Arts  and was announced by Harmonix to be available this holiday season to buy. But unfortunately there are no other details available regards specific dates as yet.