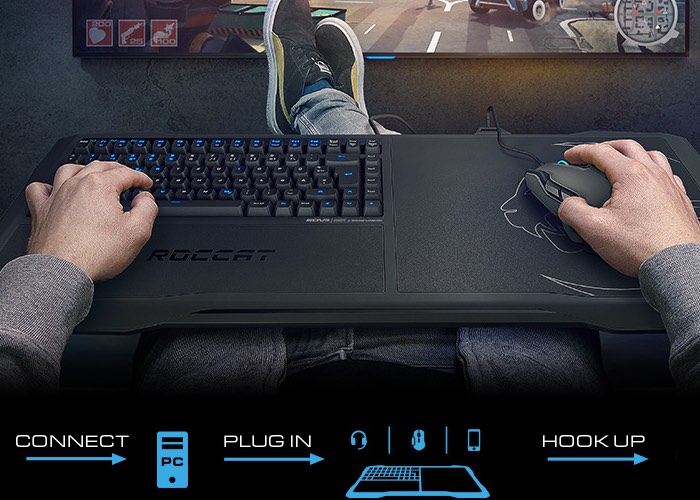 If you would prefer to use a keyboard and mouse while gaming but find it hard to sit on the couch at the same time, you may be interested in a new couch PC gaming system which has been launched by Roccat this week in the form of the Sova. 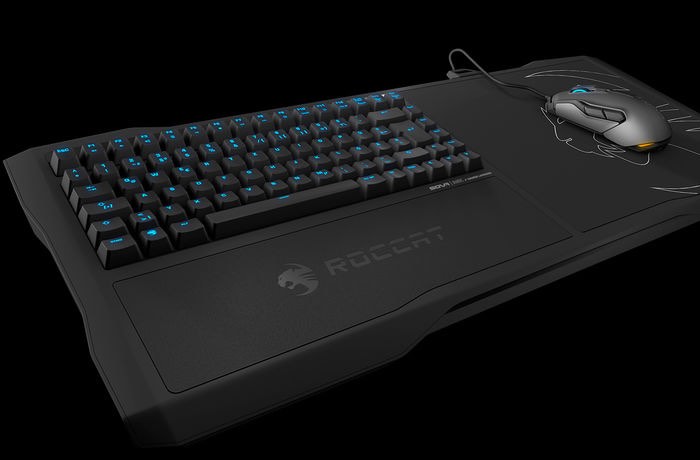 The ROCCAT Sova Gaming Board is the pinnacle of comfort, field tested with hundreds of hours of play specifically to accommodate couch gaming. Everything from the highly ergonomic shape built from a durable fiber/plastic blend, the cushioned underside parts, to the perfectly placed wrist-rest ensure that everything from a single game to marathon play feels exactly the same – effortless. The Sova was designed from the ground up to replace the desk and make a lap-and-couch combo the perfect match.

Roccat have a equipped the system with 2 x USB ports, a mouse cable channel for your favourite gaming mouse together with an exchangeable built-in mousepad as well as a variety of user-integrated options. René Korte, CEO and founder of ROCCAT Studios explains more about its design and inspiration.

It’s relatively easy to design a gaming lapboard. Follow our industry and you will see peripherals attempting to bridge that gap between table PC gaming and living room play. For us, it wasn’t enough to create a gaming board with dynamic playing features and great software under the hood; the Sova had to be the most comfortable long-term use product of its type on the market. We feel we have accomplished the mission of not only making owning your couch as easy as possible, but have designed an ergonomically superior, comfort-rich feature gaming peripheral that feels effortless to use over the longest play sessions.

For more information on the new Roccat Sova Couch PC gaming system jump over to the Roccat website for details by following the link below.