Roccat has announced that it will be launching a new addition to its range of gaming peripherals on March 6th in the form of its new Roccat Savu Mid-Size Hybrid Gaming Mouse.

The Roccat Savu has been designed to “dominate its class of optical gaming mice” say Roccat. Who have equipped the Savu with a 4000 dpi optical sensor, together with Easy-Shift[+] technology for easy macro and button configuration on the fly. 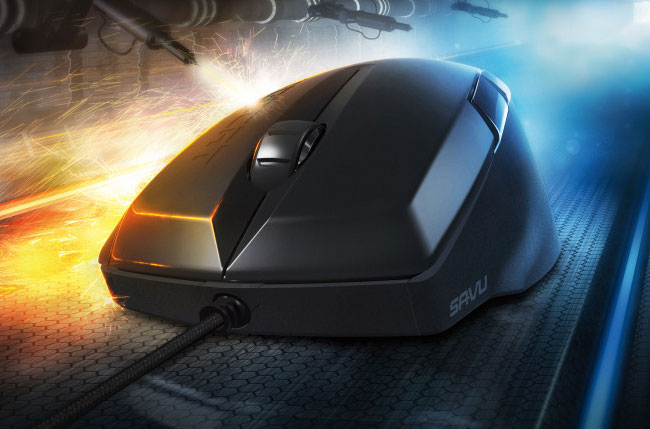 Roccat also say that their Savu mouse is the world’s first mouse to feature a trophy and statistics program called the ROCCAT Achievements Display or RAD. Which has been created to reward gamers who accomplish achievements for mouse movement, button clicks, scroll steps to name a few. Roccat stress that the RAD will not have any effect on in game performance or control.

The Roccat Savu is also equipped with a massive 16.8 million colour lighting system, allowing you to customise the Savu’s lighting to your exact requirements. Unfortunately no information on pricing or worldwide availability has been released as yet by Roccat. 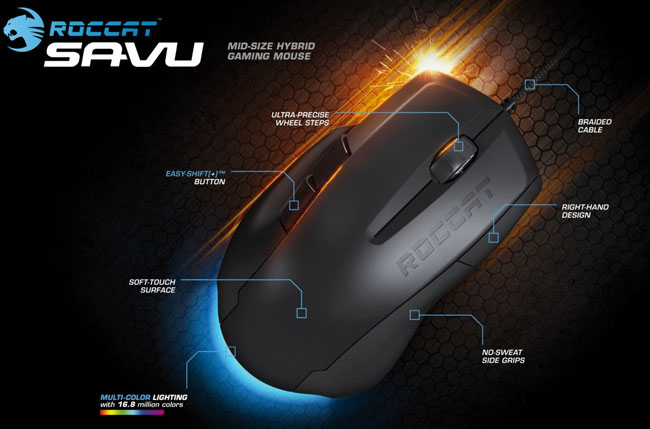