I’m certainly not against robots, I think they are really cool. I’m not a huge fan of humanoid style robots, mostly thanks to Saturn 3. A group of scientists and engineers at the University of Zürich are working together to create a humanoid style robot they hope will be a blueprint for robots to assist humans. The robot is called Roboy. 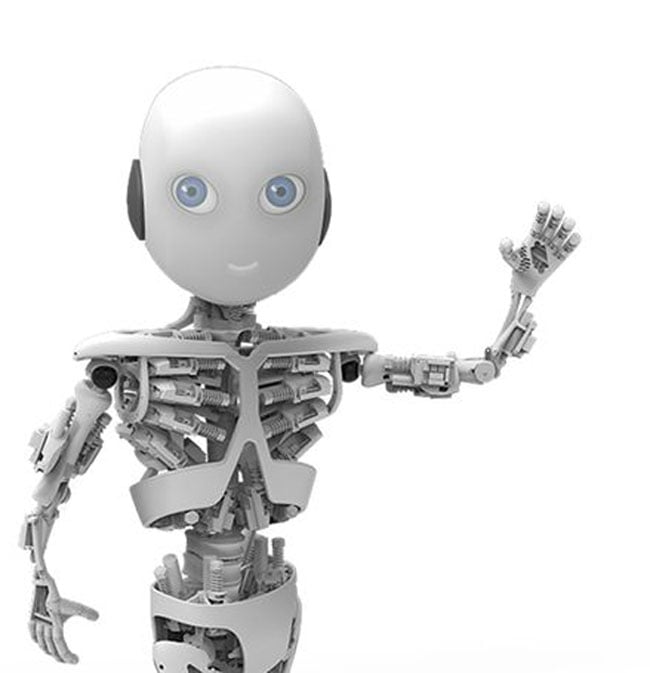 The little bot is a work in progress right now and uses a number of mechanical actuators combined with artificial tendons designed to help mimic human movement. While the robot in the photo has no skin, future versions will have a soft touchable skin according to the designers.

The finished robot will stand 1.2 m tall and so far, it has been able to move its arms and has its face. The team of designers are still working on the project including completing the torso, developing the legs, and other tasks. The designers are selling ad space on the robot’s body to help raise money for the project. I’d like to purchase an ad spot on its upper chest that says Cyberdyne.