According to basic biology, organisms can metabolize or break down the nutrients they take in into their most basic form and use this form to create new things. What would happen if a race of bio-robots can be created? That would certainly be good news in the fields of manufacturing, construction and engineering. 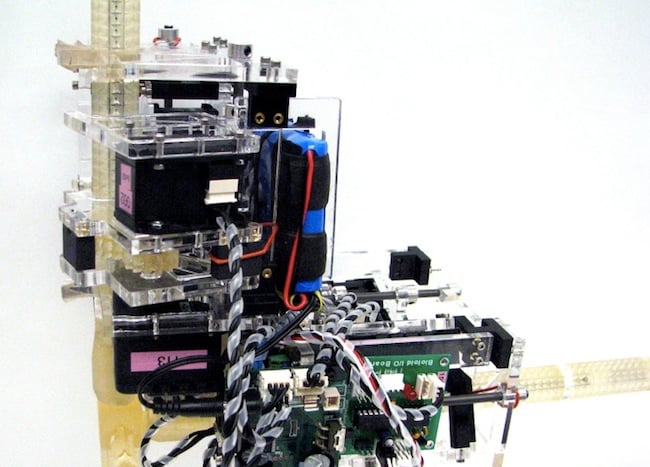 “Think big.  One of the most interesting applications is on the international space station.  Imagine that a truss supporting the station’s solar panels is damaged by space debris.  Instead of sending astronauts out on a dangerous spacewalk, robots such as the one demonstrated above could be deployed to replace the damaged struss.

There’s a lot of promise on this project. The team has already constricted a robot testbed that can reconfigure simple truss structures. After this stage, the team is also devising genetic algorithms that can perform these re-configurations to suit a specified requirement. In that way, the robot can tweak itself to fit a standard—all on its own! The team sees the project expanding to be applied in different fields such as kinematic structures and automated design.

The robot has undergone several revisions before it was released. The first version was made in 2009 followed by the second in 2010 and finally the latest robot was released just last year. But the team is not stopping just yet. Plans of developing an improved mechanism for the robot to carry multiple trusses is already on its way.

This will increase the number of tasks the robot can perform and decrease construction time. Another endeavor is to design the robot so that it can plan its on path based on design constraints.