If you don’t like spiders this might be your worst nightmare, but the Fraunhofer Institute have unveiled their new spider robot which has been designed to be highly mobile and uses hydraulics and bellow system to force fluid into its legs to enable it to scurry about. 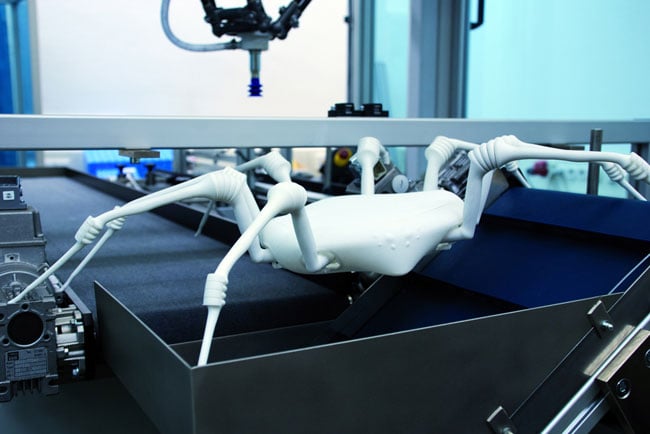 The team who created the robot explain:

“We took this mobility principle and applied it to our bionic, computer-controlled lightweight robot. Its eight legs and body are also fitted with elastic drive bellows that operate pneumatically to bend and extend its artificial limbs,“

The current design is still just a prototype, but future plans envision its use as an exploratory tool in harsh environments where humans would be unable to access due to toxic environments or confined spaces.

More information about the new spider robot design can be found over at the Franhofer website.