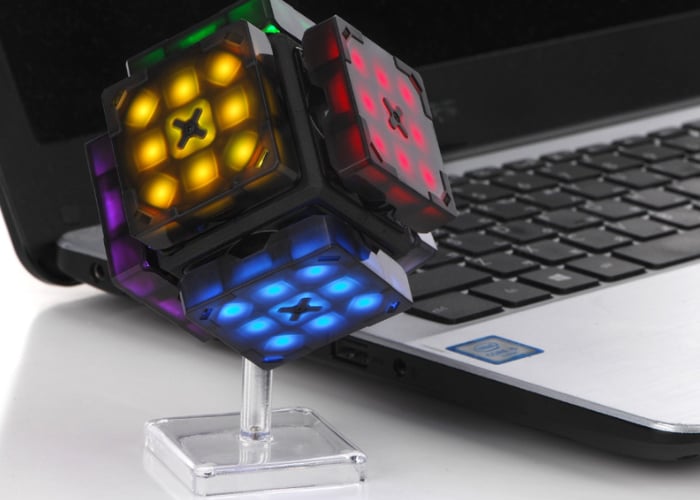 A new intelligent robot puzzle cube has been launched via Kickstarter this week in the form of the eX-Mars. The robot cube is fitted with six motored actuating wheels that self-scrambles, self-times, plays music, teaches beginners, and offers a variety of other features. Offering an “upgrade to an old favourite that’s still the smartest way to have fun!”. Check out the video below to learn more. 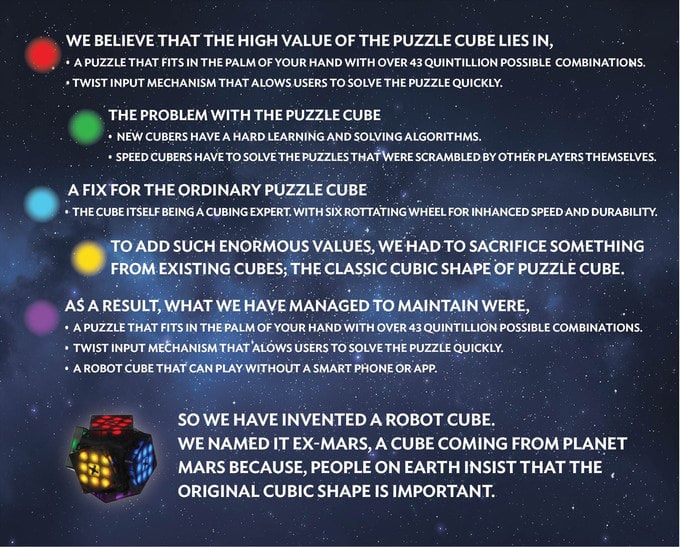 “We all love the classic challenge cube, but most of us become impatient long before it’s complete, leaving it unsolved and forever in a scrambled state. Even the rare 1% of us who can actually solve the puzzle need help timing how long it takes and finding someone to scramble it for us. Isn’t it time we brought this classic game into the 21st century?” 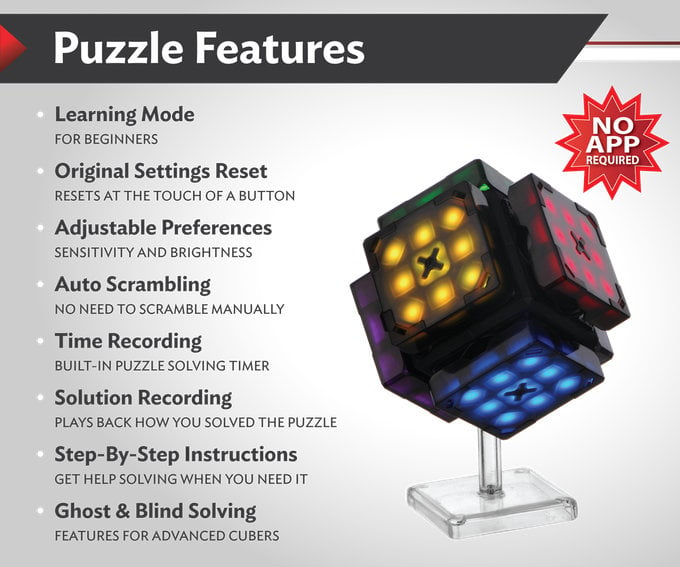 “This project began with the realization that the classic puzzle cube has a deep-rooted, existential flaw: it forces players to first scramble, then solve. In other words, it is asking players to first make a mess, then clean it up, and then do it all over again. We objected to this approach as both a puzzle and a way of seeing life. Our solution was to create a robot cube that self-scrambles. This way, the player is working towards a solution from the get-go, rather than simply cleaning up their own self-made mess. “