I knew one day robots would take over the world, it and looks like that day is getting closer as a couple in Japan were married by a robot. The robot in question is called I-Fairy, and it was produced by Japanese company Kokoro.

The bride actually works for Kokoro and here husband is a professor of robotics at the Nara Institute of Science and Technology in Japan, which might explain why the robot was leading the ceremony. 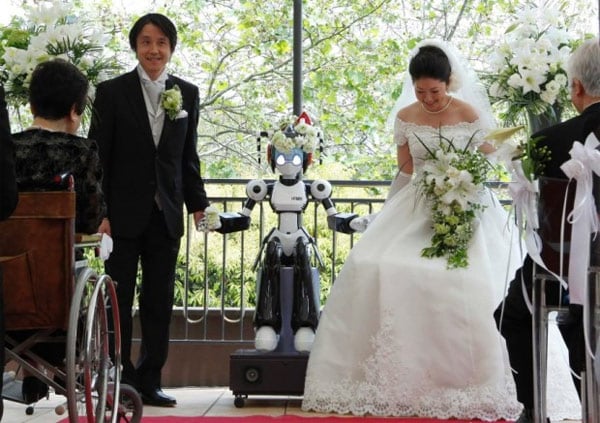 The I-Fairy robots is about 1.5M tall and he gave instructions to the couple like ‘ You can lift the brides veil’, but the robot is actually remote controlled by a human.

If you want one to use at your own wedding the I-Fairy robot is available in Japan for about $68,000.