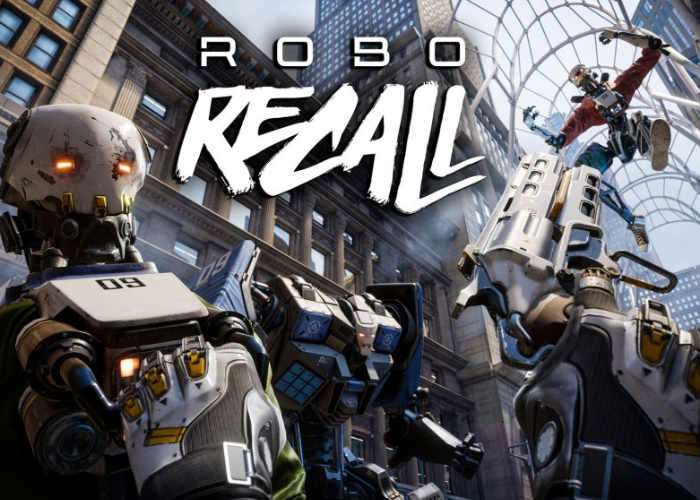 A new update has been released this week for the virtual reality game Robo Recall which earns a number of new features including enabling support for 360 Oculus Touch tracking.

Since its launch, one of the most mentioned features lacking in the game is support for 360° gameplay. Now Epic has addressed the issue and will be tackling the additional support in the latest update.

• Added support for 360 tracking mode. Available in Settings->Tracking Options.
• Replaced ending credits music with “Shooty Shooty Gun Hands”, the masterpiece that came in too hot for launch.
• Improved and stabilized teleporting up onto ledges.
• Fixed a bug that caused crawlers to be wiggidy-wack when you grabbed them during one part of their “get up” sequence.
• Added more unique colors for high multiplier numbers. People are tearing it up on Youtube!
• Fixed a bug that caused flickering between LODs in a very narrow window.
• Some improvements for spectator leaderboard functionality.
• Fixed a small bug on the Holo-table that caused weapon dangly bits to misbehave when weapon was dropped.
• Fixed “Whip Slam” damage scoring events and made damage scale with impact velocity.
• Some audio performance improvements.
• Fixes for font caching that wasn’t working properly. Players should now experience fewer small hitches the first time unique text is rendered.
• Fix bug where Boss VO wasn’t being affected by VO volume settings.
• Misc audio bug fixes.
• Spectator leaderboard now correctly states when player is in “All Star Mode”.