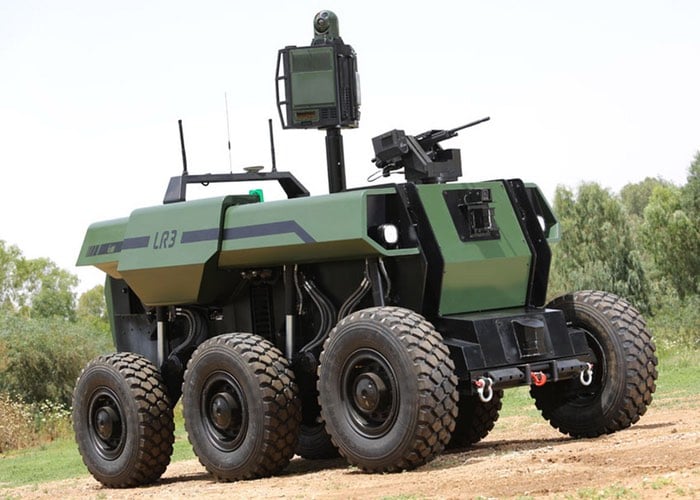 Israel Aerospace Industries have unveiled a new autonomous modular combat robot they have created called the RoBattle. Which is set to make its debut at the upcoming Eurosatory exhibition in France next week.

Check out the teaser video below to learn more about its features and functionality and how awesome this robot would be if it could enter the Robot Wars TV programme which is set to restart sometime in the near future, says the BBC.

Designed for modern ground combat, RoBattle is built to operate independently or to support manned formations with the most dangerous, extreme tasks that soldiers had to do before. Performing armed scout and advance guard, ambush and attacks that ‘stimulate the area’, or penetrate deep into contested areas, including deception (acting as a decoy), RoBattle formations are also designed to gather intelligence and surveillance covertly, and assist convoy protection.

IAI is introducing the RoBattle, a new combat robot it has developed. A member of a growing family of Unmanned Ground Vehicles (UGV) that evolved from the company’s robotics center in recent years.

For more information on the new RoBattle Modular Combat Robot jump over to the Defense Update website for details by following the link below.