The new Road Redemption game currently on Kickstarter and under development by DarkSeas Games mixes Road Rash-style gameplay, with next-gen graphics, physics together with online gameplay.

Now with 9 days to go the Road Redemption developers have added a couple of Oculus Rift stretch goals, to help raise the final $60,000 need to help the game in production. Watch the promotional trailer after the jump to learn more about the Road Redemption project and see it in action. 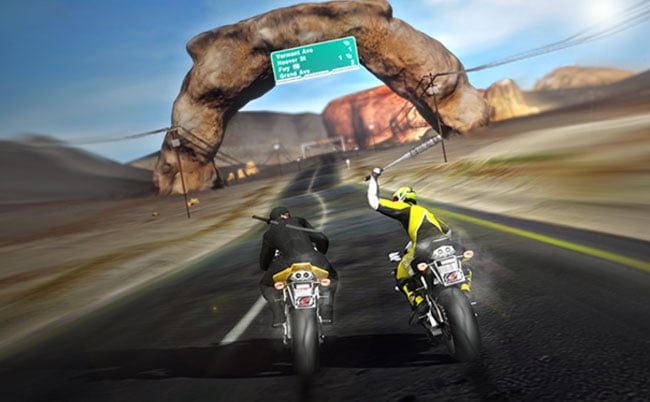 “The Oculus Rift virtual reality headset is an absolutely amazing device, and we would love to support it in the initial Road Redemption release.

Obviously, Oculus Rift support involves far more than this simple setup. For instance, we have to make sure it works with all of the GUIs, do extensive reworking of the combat controls, not to mention extensive testing in the single player and multiplayer game .

As such, the only way we can have it ready for release is to make it a stretch goal. If we don’t achieve the stretch goal, we still plan to include Oculus Rift support in Road Redemption, but it will have to be in the form of a post-release patch.”

For more information on the new Oculus Rift stretch goals jump over to the Kickstarter website for details.