Unfortunately the CrunchPad tablet designed and being developed by Michael Arrington and his Tech Crunch team is now no longer viable.

After Fusion Garage the company Michael commissioned to build the CrunchPad has turned around at the eleventh hour and explained via email, that it would prefer to continue the project without Michael and his team. 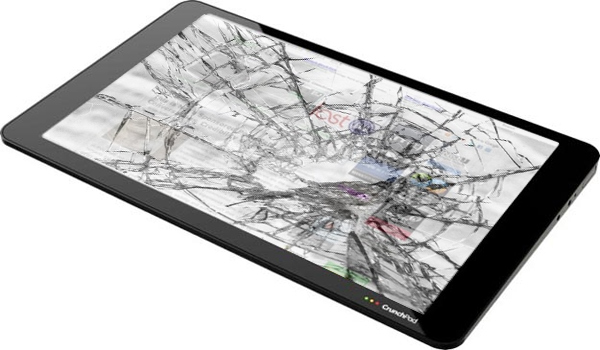 Chandra also forwarded an internal email from one of his shareholders. My favorite part of the email: “We still acknowledge that Arrington and TechCrunch bring some value to your business endeavor…If he agrees to our terms, we would have Arrington assume the role of visionary/evangelist/marketing head and Fusion Garage would acquire the rights to use the Crunchpad brand and name. Personally, I don’t think the name is all that important but you seem to be somewhat attached to the name.”

We’re still completely perplexed as to what happened. We think they were attempting to renegotiate the equity split on the company behind CrunchPad, which was to acquire Fusion Garage. Renegotiations are always fine. But holding a gun to our head two days before launching and insulting us isn’t the way to do that. We’ve spent the last week and a half trying unsuccessfully to communicate with them. Our calls and emails go unanswered, so we can’t even figure out exactly what’s happened.

Yesterday Chandra sent an email saying “Following our phone discussion, I had another round of discussions with my shareholders. The shareholders are not willing to move from their position as they believe their stand is justified. On the other hand, there isn’t an alternative offer on the table from Crunchpad.”

My response: “We have not come back to you with any counter offer to the email you forwarded because you and your shareholders have communicated to us that moving forward without us is something that you consider to be a legitimate and legal option. In other words, your “counter” offer is theft of intellectual property.”

Good luck to Michael Arrington and the guys over at Tech Crunch, I know they put a lot of work onto developing the Crunch Pad, and it certainly looked like it was going to be a cool tablet PC.

It looks like there may end being a few lawsuits on this one, you cant really turn round to your business partner just before you launch a product and tell them you don’t want to continue doing it with them, and I hope Michael Arrington and his team win them.