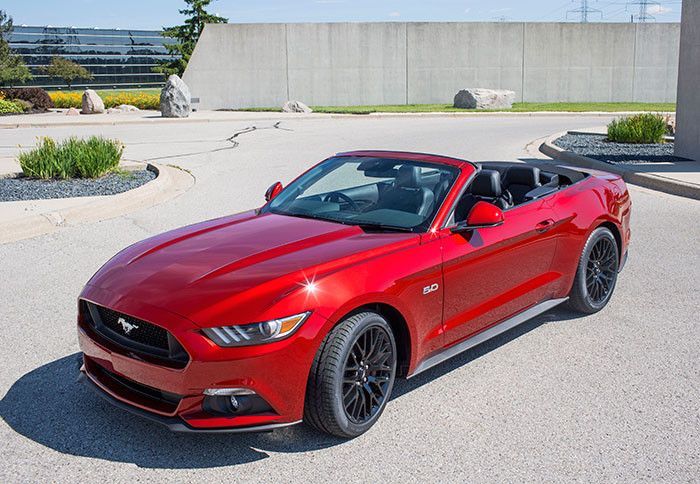 Traditionally the Ford Mustang has been produced in left hand drive only. Some of the cars have made their way to nations where right hand drive cars are the majority because drivers use the left lane. Ford built the all-new 2015 Mustang to be a world car and as such, it is being built in a right hand drive version for the first time.

The RHD Mustang production has commenced with the cars being built at the Flat Rock Michigan assembly plant. The 2015 year model is the first time that the Mustang has been made available to customers around the world in more than 100 markets. While RHD production kicking off, the 2015 Mustang has already reached a milestone.

The Mustang was the best selling sports car in the world in the first half of 2015. Global registrations of the new Mustang reached 76,124 cars for a gain of 56% compared to the same time in 2014. Mustang sales are also booming in the US with numbers up 70% in August, passing the Camaro for best selling sports car in the US. The RHD version of the Mustang now allows export to nations like the UK, China, South Africa, and several others.