Netflix has just released a new trailer for their new Ricky Gervais series called Derek that will be launching on Netflix September 12th 2013.

The new Netflix Ricky Gervais Derek series entire season will be available to stream at once and was originally aired on Channel 4 in the UK. 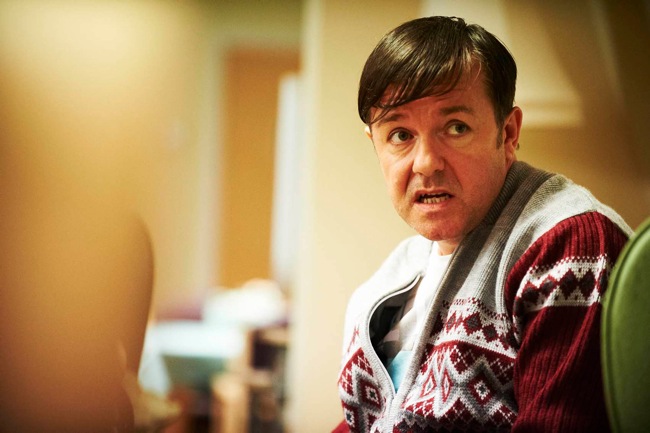 Derek revolves around a nursing home caretaker and his group of quirky coworkers and pals and the first series consists of seven episodes that will be available all at once. Watch the video after the jump to see a taste of what you can expect.

“Gervais plays 49-year-old Derek Noakes, a care worker in a home for the elderly who has worked there for three years. He likes watching reality television shows and game shows and is interested in celebrities, fame and YouTube. He is kind, helpful, and selfless, with good intentions.

He is vulnerable because of his childlike naivety and lack of intelligence. He is ridiculed and ostracised, as well as being marginalised by mainstream society because of his social awkwardness, unattractiveness, and lack of inhibitions. Derek says it is more important to be kind than to be clever or good-looking.”