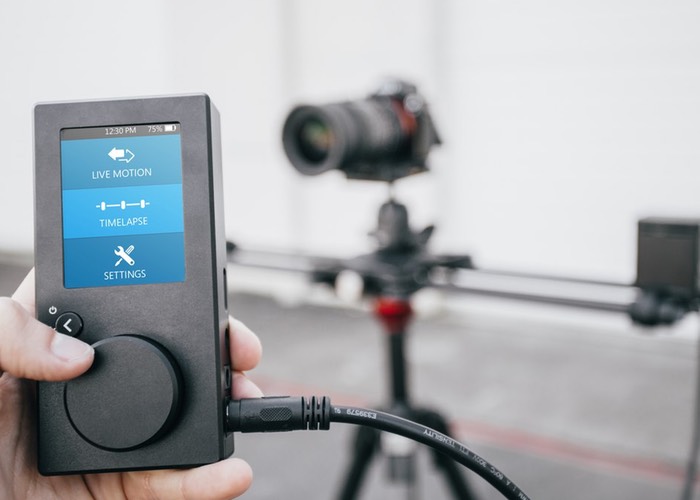 Anyone who uses a DSLR or video camera to create videos and requires the camera to move along a straight plane to provide further creativity whilst filming may be interested in a new system created by Kyle Hart called the Rhino Slider EVO.

The Rhino Slider EVO can be used in conjunction with Rhino Motion to provide an easy way to control the movement of your camera, using precise controls via either a live motion or time-lapse mode.

Watch the video below created by its designers to see the full functionality of the new Rhino Slider EVO that has taken to Kickstarter to raise the $50,000 it requires to make the jump from a concept into production.

“When making a film, the way you move your camera has a powerful influence on your audience. Push the camera in to make the viewer feel like they’re leaning in for a closer look. Slide to the side and they’ll wonder what you’re about to reveal.

We set out to make camera movement simple so that story is the focus and designed a completely new set of tools to achieve this. Rhino Slider EVO is a professional camera slider, designed to be the most modular and versatile tool in your kit. “

For more information on the new Rhino Slider EVO jump over to the Kickstarter website for details via the link below and to make a pledge from $399 to own the system.