One of the things that I have wanted on my iPhone since I started using the device when it first came out is a music subscription service. I know lots of people want to own the tracks they listen too, but I’ll trade ownership for all the music I want at one price.

Rhapsody has announced that subscription music streaming is now available on the iPhone, iPod touch, and iPad. The service also lets iPhone users download playlists to their device so they can listen without an Internet connection. 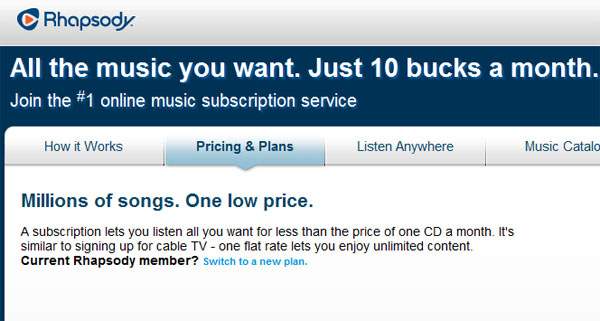 The offline feature is offered in version 2.0 of the Rhapsody service and the app is on the App Store now. A subscription is required to use the app at $10 per month for a single mobile device or $14.99 monthly for up to three devices.