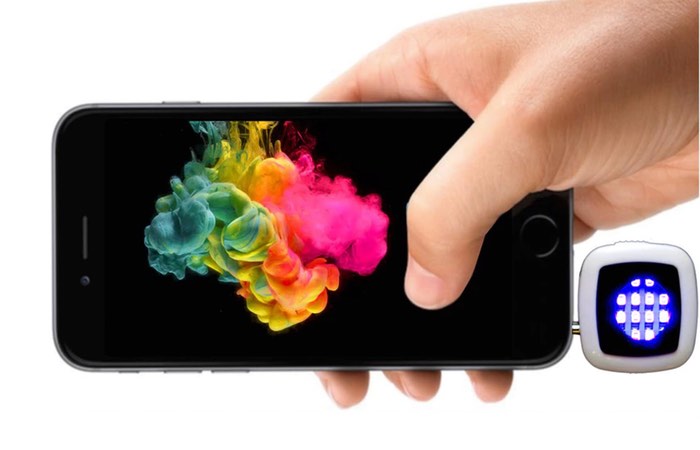 Bite Designs as created a new smartphone night vision and ultraviolet flashlight which has been specifically designed for mobile devices in the form of the new ReveaLED II which is now available to back via Kickstarter with early bird pledges starting from just $30.

ReveaLED II is being marketed as the most synchronised UV LED flashlight currently available for smartphones. Check out the video below to learn more about its features and functionality.

The developers of ReveaLED explain a little more about inspiration :

Light is essential in our everyday lives. We need it day and night to see what around us. But what about the things that we can’t see with naked eyes. ReveaLED is a great tool to reveal amazing glowing colors and fluorescent materials that can not be seen without UV lights.

We are back with the most versatile and synchronized UV LED Flash light. We launched the original ReveaLED right here on Kickstarter. After completing our campaign with a great success, we listened to our backers for their feedback on our product design. The results were absolutely positive and our backers gave us some amazing ideas on second version of ReveaLED UV LED flash light! We went back to the drawing board and developed the most powerful synchronized 370nm UV LED flash light for smartphones and now also for DSLR cameras. New ReveaLED has been improved with its wavelength and built-in battery. And design changed for better focus and brightness.

– Photographers and Filmmakers
– Researchers, Scientists or Medical professionals.
– Campers, Hunters and Wildlife Observers
– Inquisitive Students and Adults
– Black Light Party Lovers
– And for everyone who likes to reveal unseen worlds.

For more information on the new ReveaLED II that builds on the technology used in the first generation of flash jump over to the Kickstarter website for details by following the link below.