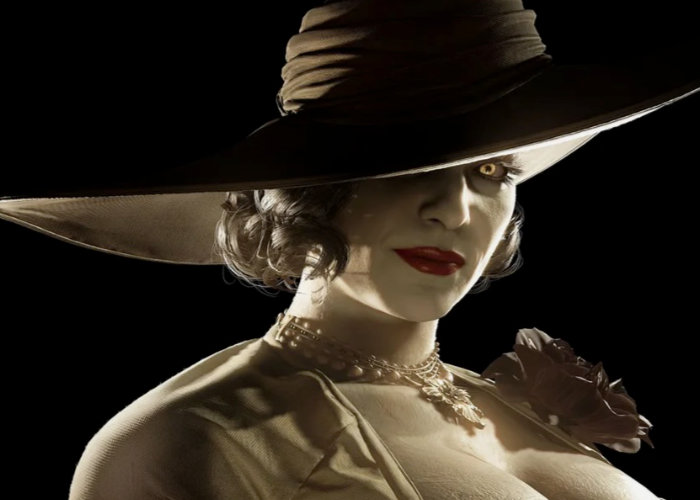 “For those of you wondering about that tall, mysterious woman that’s been featured in various RE Village trailers so far… don’t worry, we see you. She’s the highlight of the latest trailer, literally standing head and shoulders above a trio of other women that also seem to call the gothic castle their home. The identities of all four remain shrouded in mystery, but for now, one thing we can give you is a name for everyone’s favorite towering mistress: Lady Dimitrescu. One thing we can’t give you: How she can find a hat in her size.”

“Of course, we had one more major drop to share with you all: a stand-alone demo for Resident Evil Village, known as Maiden, that’s available for download only on PlayStation 5 starting today. As Resident Evil Village Producer Peter Fabiano mentioned in the Resident Evil Showcase, you don’t play as Ethan Winters in this demo. Rather, you’ll be playing as a character known only as “the maiden.” Unable to fight or even block, you’ll be in control of this character as she attempts to escape from Dimitrescu Castle. This is a stand-alone separate experience from the main game that is a kind of short story set within the world of RE Village.”