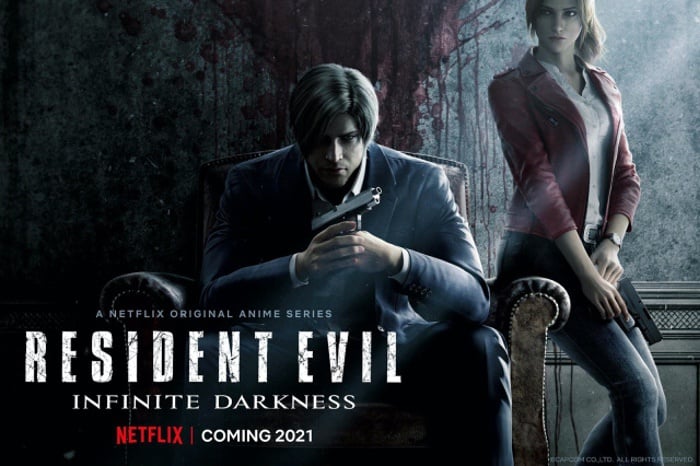 Resident Evil: Infinite Darkness is a new CG series featuring Claire Redfield, Leon S. Kennedy and more, and will premier on the Netflix streaming service sometime next year during 2021. Capcom’s Hiroyuki Kobayashi will produce and supervise the series. Check out the teaser trailer below which shows Claire investigating what seems to be a chemical-obsessed horror, while Leon is rescuing an unknown man.

“Based on the Capcom video game franchise, Resident Evil: Infinite Darkness is a horror series with a sci-fi twist. Coming 2021 only on Netflix. “

“Quebico, whose leader Kei Miyamoto produced the Resident Evil: Vendetta movie, will be responsible for the animation production.”

It seems that Capcom is gearing up to release a number of new Resident Evil themed extras to celebrate the franchises 25th anniversary next year. As more information is made available, or trailers released we will keep you up to speed as always.