Researchers have created an anthropomorphic robot hand that can endure collisions with hard objects and even strikes from a hammer without breaking into pieces and looks worryingly similar to that of a Terminator from the films.

The team at the German Aerospace Center (DLR) have recreated the shape and size of a human hand, with five articulated fingers powered by a network of 38 tendons, each connected to an individual motor on the forearm. Watch the video after the jump. 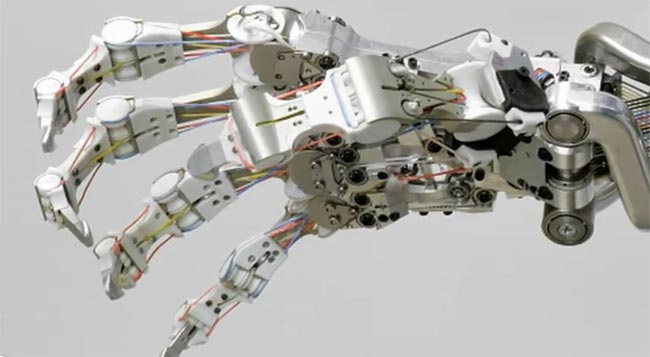