In the future, your smartphone might be made out of concrete, no seriously. A group of researchers working together from the US, Finland, Germany, and Japan who work in conjunction with the US Department of Energy have developed a method of turning cement into a glass-metal fusion. 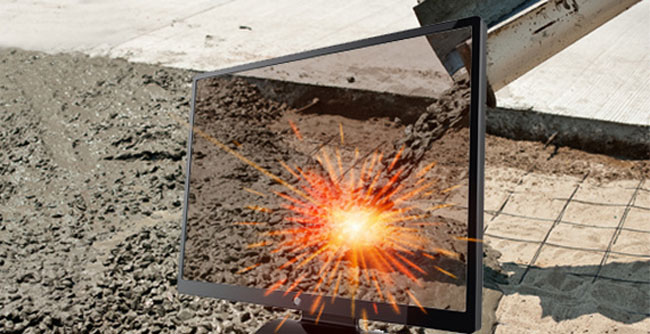 The material is reportedly exceptionally good at conducting heat and electricity. The process discovered by the researchers can be used as a semiconductor inside electronics providing good connectivity, low energy loss in magnetic fields, improved resistance to corrosion compared to traditional metals, less brittleness than traditional glass, and fluidity making it easy to process and mold during construction.

The researchers working on the project used a phenomenon called electron trapping which is a condition occurring when free electrons and polycrystalline materials are trapped in cage-like structures that form around them. The technique for creating material involves suspending the material in the air using and aerodynamic levitator. The levitating the hot liquid, which consists of a material called melted mayenite which is at a temperature of around 2000°C, is unable to form crystals allowing it to cool into a glassy state that traps the electrons required for electronic conduction. The mayenite was heated using a carbon dioxide laser beam.