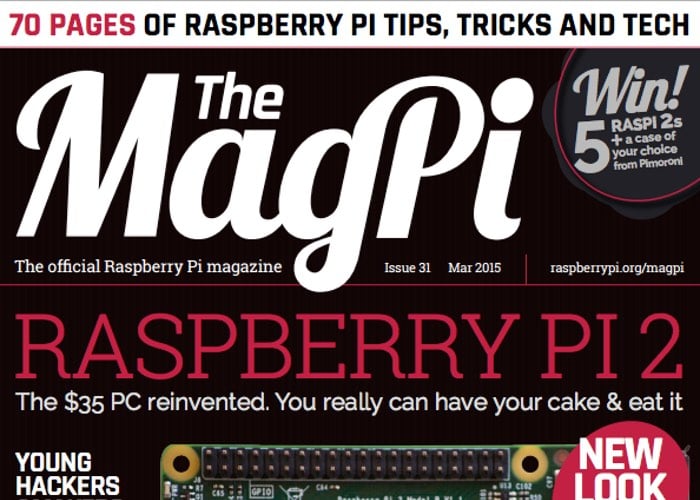 The Raspberry Pi Foundation has this week revealed that its new relaunched Raspberry Pi magazine in the form of the hugely informative MagPi has now passed 1 million downloads since it relaunched.

The Raspberry Pi Foundation took over the running of the awesome MagPi after it had already published 30 issues and in the last 11 months has been publishing the magazine both digitally and in paperback form around the world.

Recently when the Foundation launched the new Raspberry Pi Zero, the new small mini PC was given away as a free gift on the front of the magazine and as you can imagine sold-out very quickly. If you haven’t already been reading the MagPi and enjoy using the Raspberry Pi mini PC hardware, the latest edition will be available tomorrow in the form of Issue 42. Providing a wealth of projects for you to try out, as well as reviewing the ten best HATs that have been developed and created for the Raspberry Pi pocket size computer.

For more information on the new MagPi jump over to the official Raspberry Pi Foundation website for details and to subscribe via iBooks or similar. If you found this article interesting you might also be interested in this list of awesome Raspberry Pi Zero projects we have put together.