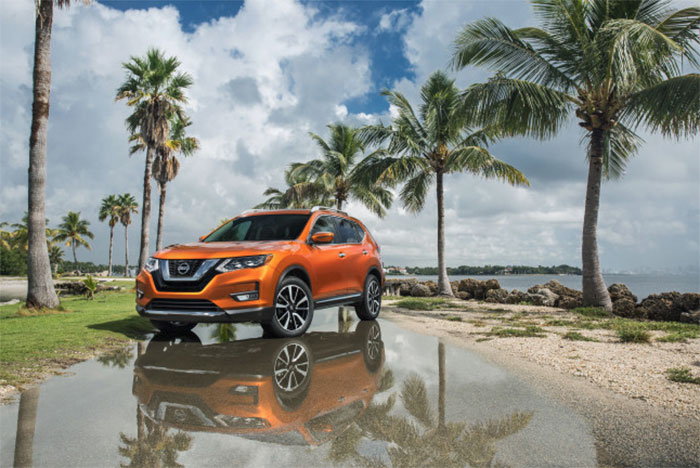 Nissan has announced pricing for the refreshed 2017 Rogue SUV. Nissan expects the Rogue to become its top-selling vehicle in 2017. Along with the updated exterior comes some new features including Safety Shield technologies and a Motion-Activated Liftgate. The Rogue S FWD will start at $23,820.

The new Safety Shield tech includes available forward emergency braking with pedestrian detection. Nissan will offer a Rogue Hybrid this year with pricing for that model announced closer to launch. The Rogue: Rogue One Star Wars Limited Edition will be offered as well with pricing for that being announced later. The 2017 Rogue is EPA rated for 26 mpg city, 33 mpg highway, and 29 mpg combined. AWD rogues get 1 mpg less city and highway fuel economy and 2 mpg less combined.