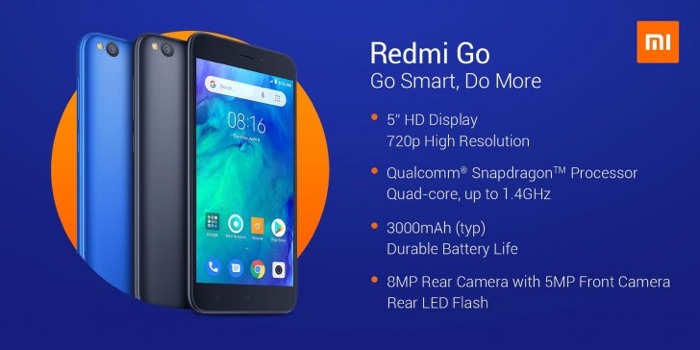 The new Redmi Go smartphone was made official back in January, the handset is designed to be a budget device and it will launch in India on the 15th of March.

The device is equipped with a 5 inch display that features a HD resolution of 1280 x 720 pixels and it also comes with a Snapdragon 425 processor from Qualcomm.

Other specifications on the new Redmi Go smartphone include 1GB of RAM and a choice of either 8GB or 16GB of built in storage, the device also comes with front and rear cameras.