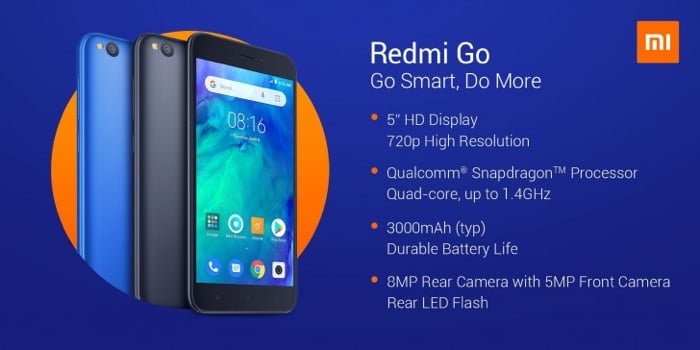 Xiaomi has announced a new budget Android smartphone, the Redmi Go which is the companies first Android Go device.

The Redmi Go comes with a 5 inch display that comes with a HD resolution of 1280 x 720 pixels and the handset is powered by a Qualcomm Snapdragon 425 processor.

The device comes with 1GB of RAM and a choice of either 8GB or 16GB of built in storage, the device also comes with front and rear cameras.