HTC have announced that the red HTC One Mini will be available in the UK from November, the handset will be exclusive to UK mobile retailer Phones4U.

The red HTC One Mini will be available with a number of mobile carriers through Phones4U, which include EE, Orange, T-Mobile and Vodafone. 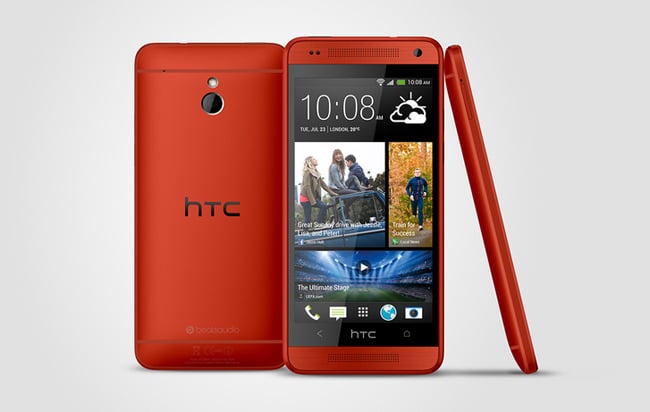 The handset comes with the same specifications as the existing color options, which include a 4.3 inch Super LCD HD display that features a resolution of 1280 x 720 pixels.

The HTC One Mini comes with Android 4.2.2 Jelly Bean, and features a dual core 1.2Ghz Qualcomm Snapdragon 400 processor, 1GB of RAM and 16GB of built in storage.

There are also front and rear facing cameras on the One Mini, with a 1.6 megapixel camera up front which is capable of 720p video and a rear facing HTC Ultrapixel camera which can record full HD video in 1080p.

Other specifications on the HTC One Mini include an Adreno 305 GPU, 4G LTE, A-GPS, WiFi, Bluetooth and a 1,800 mAh battery, there are no details for pricing on the handset as yet, although it is expected to retail for the same price as the existing models.

As soon as we get some more details on exactly when in November, the red HTC One Mini will be available in the UK, we will let you guys know, you can find out more details over at Phones4U.