The HTC One is available in two colors at the moment, black and white, we have already seen photos of the blue HTC One, and now it looks like HTC will launch two new colors of the handset this summer, a red HTC One and a blue HTC One.

The HTC One comes with a 4.7 inch full HD display with a resolution of 1920 x 1080 pixels, processing is in the form of a quad core 1.7GHz Qualcomm Snapdragon 600 processor. 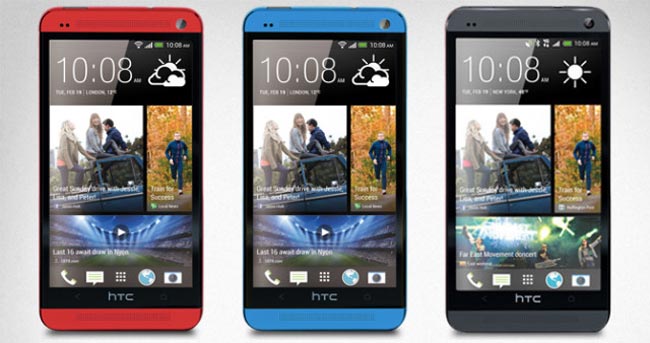 The HTC One also features 2GB of RAM and a choice of 32GB or 64GB of built in storage, the device comes with HTC’s new Ultrapixel camera and Android 4.1.2 Jelly Bean plus HTC Sense 5.

HTC have yet to officially announce the new blue and red colors for the HTC One, as soon as we get some more details on when they will be available we will let you guys know.