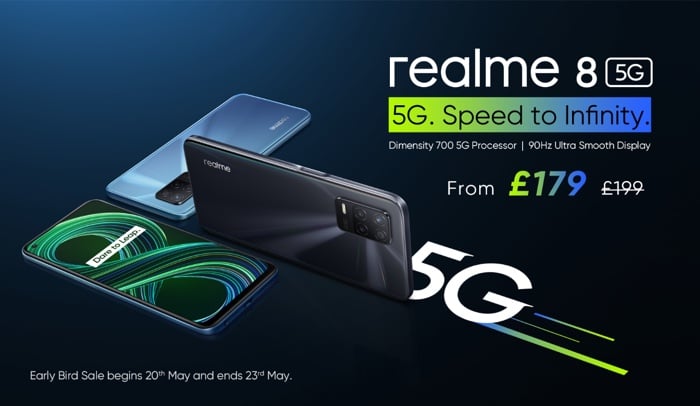 The new Realme 8 5G smartphone has launched in the UK from today, the device will retail for £199 for the 4GB model and £249 for the 6GB models.

Realme are offering the 4GB model of the handset for £179 and the 6GB model for £229 for a limited time and the device will go on sale in the UK on the 20th of May.

You can find out more details about the new Realme 8 smartphones over at the company’s website at the link below.