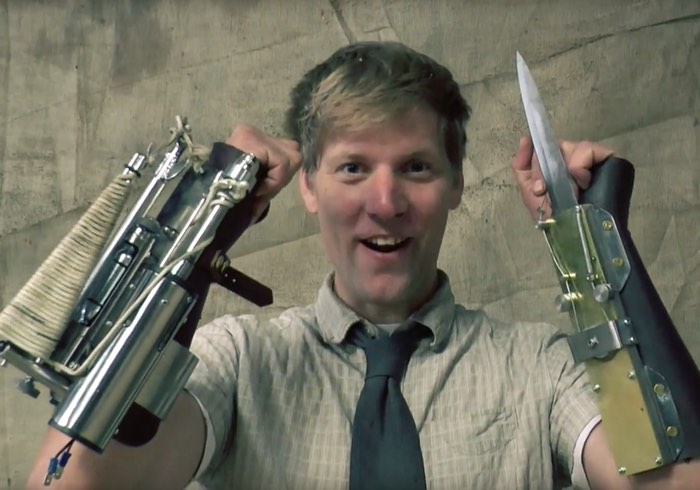 Inventor Colin Furze well known for his weird and wonderful inventions, has once again been busy creating gadgets from video games and has this month unveiled his new Assassin’s Creed rope launcher.

Watch the videos below to learn more about the construction and functionality of the amazing real-life rope launcher that has been inspired by the Assassin’s Creed series of games.

A fully functional arm mounted grapple hook and hidden blade is something we think of as fiction but i’ve managed to bring them to life and there awesome.

So we have the new Assassins Creed Syndicate out on the 23rd and i’ve been challenged to make some of the arm mounted gadgets in the hidden blade and the rope launcher so here we have the first part of making the RL which is a tricky ask as rope launchers or grapple hooks have been made before, but one that fits on your arm and can lift a full grown person thats a challenge.

Jump over to the Colin Furze YouTube channel to learn more and also see his other inventions that are well worth a look.