Users of the Read It Later application, might be interested to learn that a new update has been rolled out for the app, which has now changed its name to “Pocket” and converted the app from paid to free.

Read It Later the company behind the app, who hasn’t changed their name. Have now removed the $2.99 Pro version of Read it later, and rebranded the app to Pocket which is now available for free. 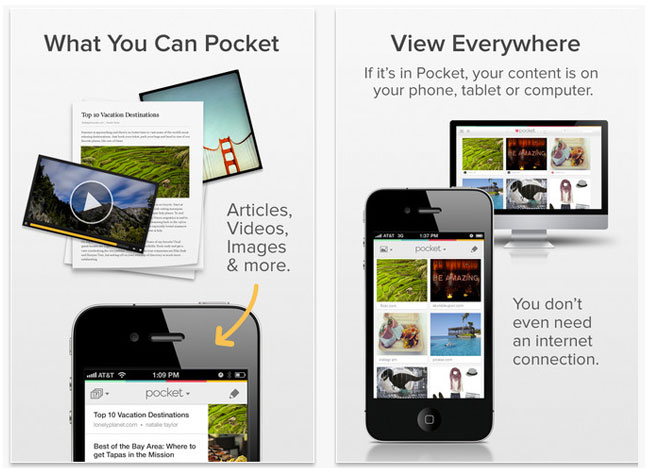 If you haven’t already used Pocket app, its been designed to enable you to store Internet content quickly, allowing you to access it and read it at a later date. Read It Later founder Nate Weiner explained to paidContent the reasons behind the change of brand and pricing structure.

“Read It Later was profitable from the first day it launched its original, paid iPhone app,”-“However, just because our company made money, it doesn’t mean we were making it in a way that fit our business best.”-“part of the reason we raised money last summer was because I recognized this and had a different model I wanted to go after”

More details about the new project are expected to be released in the summer months. As always we will keep you updated. Pocket is available on the Play Store and App Store for free.